Moving into a new era for Borderline Theatre, The Wall was the first in the hilarious and universally acclaimed Stewarton Trilogy by DC Jackson, son of longtime Borderline producer Eddie Jackson. Presented in association with Tron Theatre, their then Artistic Director Gregory Thompson directed this CATS Award winning production for Best Ensemble Cast. It was also nominated for a CATS Award in Best New Play and Best Female Performance for Sally Reid, while shortlisted for the Saltire Society/Royal Mail Scottish First Book of the Year Award.

“What was so astonishing about the cast was the confidence with which such a young group of actors handled material that required vigorous discipline in its comic delivery. The sense of playful engagement with the text was tempered by this admirable professionalism, in which each actor presented perfect solos before rejoining the ensemble in perfect harmony.” // CATS Award Panel

The Wall was written following Jackson’s success in a Playwrights Studio Scotland 10 minute scene competition. Through a scheme at PSS where he was mentored by John Tiffany, he developed the scene into the full length play that we toured. Following the remarkable critical and commercial success of The Wall, we went on to stage three further plays from Jackson – The Ducky, The Chooky Brae and My Romantic History.

The Wall is a hilarious, romantic and touching coming of age story about four bang up-to-date, innocent, streetwise, characters surviving school holidays that are like a microwave with so much happening and everything happening so fast. Norma Gordon has got a problem and she’s going to be in big trouble if her Dad finds out. Norma needs to find Rab McGuire fast. Her big brother Barry’s no use. He’s in love for the first time. Michelle Montgomery loves Barry back but her mum and Aunt Alice just won’t let them be together. This summer everything’s changing in the small Ayrshire town of Stewarton.

★★★★ “Immaculate…The Wall roars out on a surge of fierce comic and dramatic energy that never lets up, through two hours of solid-gold banter and perfectly structured narrative development…a rite-of-passage comedy of the highest quality” // The Scotsman

★★★★ “A lightweight charm that would seem disposable were it not for the deeper seam that newcomer Jackson gradually exposes…perfectly plotted play…As confident as it is funny, it promises great things from this writer.” // The Guardian

★★★★ “Guile, deftness and warmth…the great quality of Jackson’s writing is its sureness of tone, inspired wit and ingenious wordplay. This is a piece that never misses an opportunity to entertain.” // The List

“A hilarious and thought provoking insight…a work of comic magic…roaring laughter from the audience, the play really digs in to our compassion…brilliant performances” // British Theatre Guide

“Impeccably observed … A stunning piece of popular theatre.” // The Stage

“For well written and perfectly performed comedy, I’m not sure I’ll see better this year.” // View From the Stalls

“‘It’s a love story that’s about that stage of love that’s bigger than any other, when you first experience it as a teenager. It’s that big, grand melodramatic stage of love. It certainly was for me.’

‘There’s an element of teen movie about it – if you like that Breakfast Club kind of movie, then you’ll like this’, he says. ‘This is more of a fun night at the theatre. There have been plenty of plays about the various wars we’re in and political crises and so on, and they’re good work, but this definitely isn’t that kind of play. I hope it’ll reach an audience who are interested in just a fun night out.’”

““I don’t have much of an imagination. More or less everything I write is auto-biographical, but changed. Nothing particularly noteworthy happened to me in my childhood, so obviously to build a play I have to fabricate something, and I think probably all four characters in The Wall have aspects of me about them.”

“My favourite time in a theatre audience,” he says, “is when they’re falling about with laughter enjoying themselves.”

“As much as I say I want to write comedies and popular theatre,” he answers, “I don’t think those two things should necessarily exclude being able to write things with truth and honesty and wider political resonances. All of which,” he asserts, serious at last, “I think The Wall has. But would I be against writing a juke-box musical? No, I certainly would not, and if Billy Bragg’s ready to have his songs spun into a ham-fisted romantic comedy, I’m his man.””

Over The Wall // Neil Cooper of The Herald Interviews DC Jackson 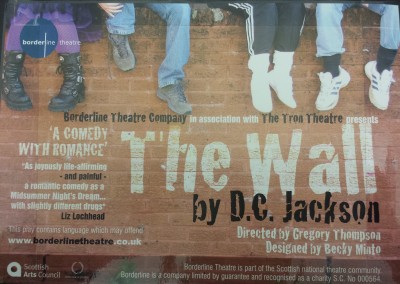 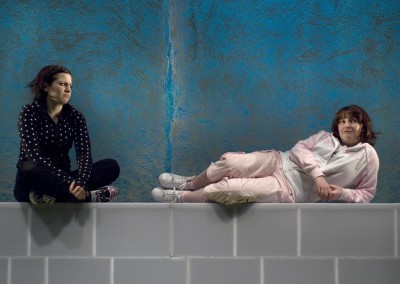 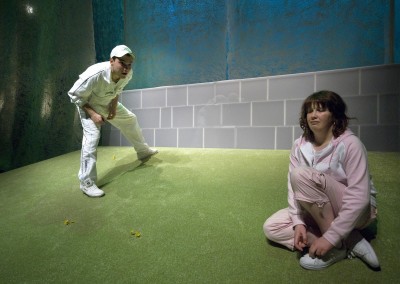 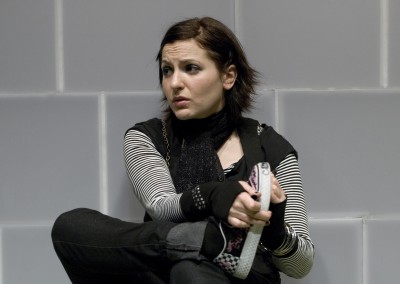 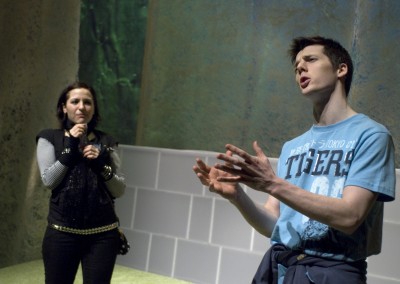 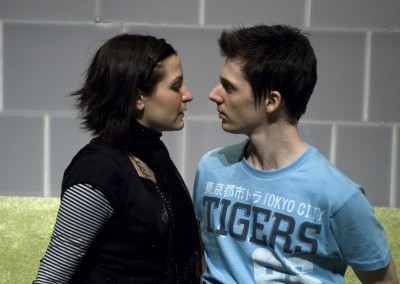 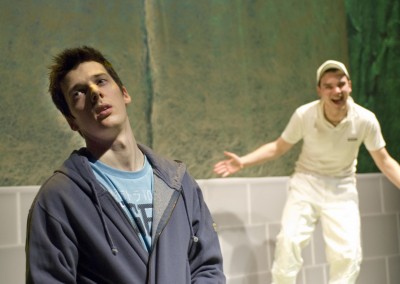 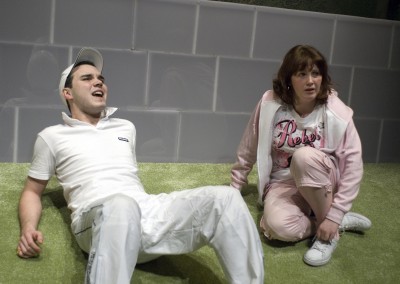 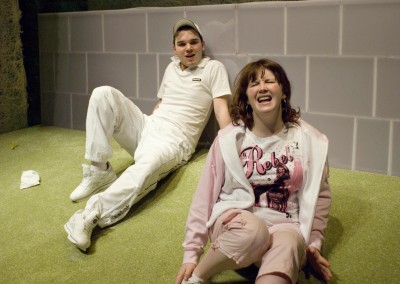 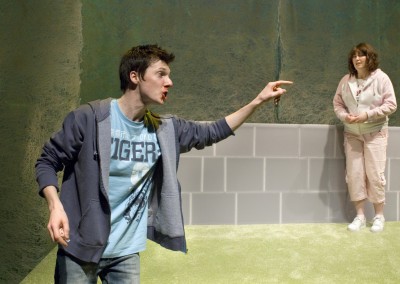 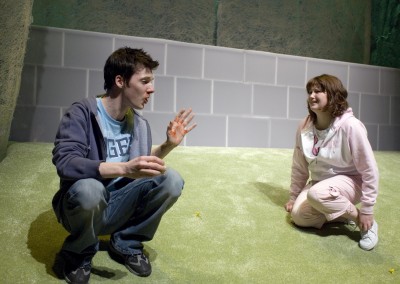 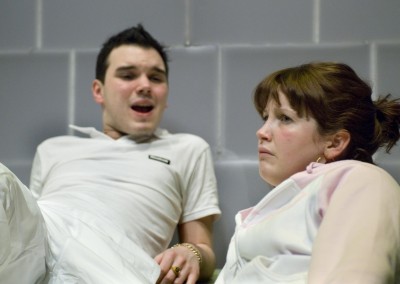 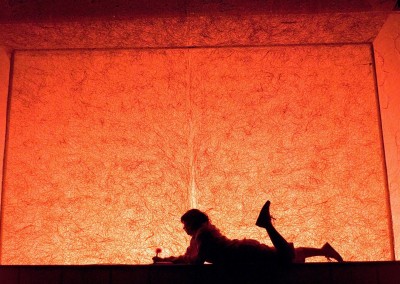 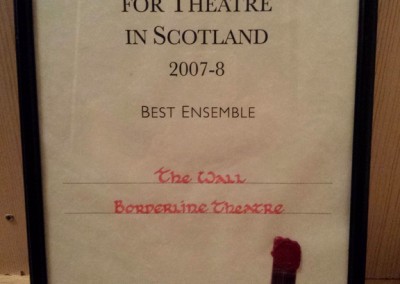 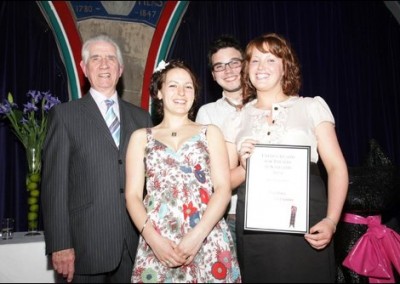