Miraculous is a co-production with The Gaiety Theatre and appears exclusively for free on The Gaiety Lockdown Channel.

When a young Ayrshire band miraculously hits the big time with the smash hit record of 1984, international stardom beckons. That’s despite having a delusional teenage manager propelled by a dark, malign voice in his head … Can Max Mojo’s band of talented social misfits repeat the success and pay back the mounting debts accrued from an increasingly agitated cartel of local gangsters? Or will they have to kidnap Boy George and hope for the best?

This new play, written by critically acclaimed Scottish Author David F Ross, is based on his internationally successful novel “The Rise and Fall of the Miraculous Vespas” which tells the timeless story of the quest for pop immortality.

This new production has been created and filmed as a response to these strange times.

To watch, simply click on the video above and the show will start after a short introduction from writer David F Ross and director Stuart Hepburn. 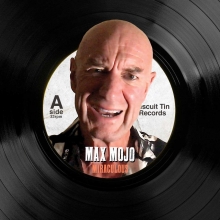 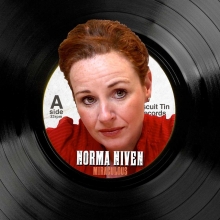 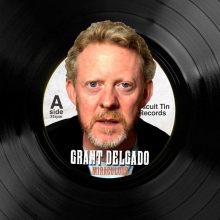 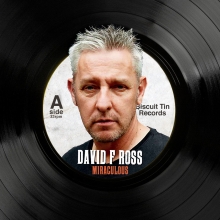 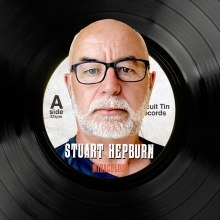 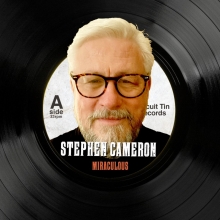 “The novel was solid gold and if anything this is even better. I read the book when it first came out and I’ve worked with David F Ross before. This adaptation for Lockdown is brilliant and making it has been great fun.” // Colin McCredie who plays Grant Delgado
“It was an all-consuming experience which I’ll never forget. Rehearsing over Zoom, and becoming an expert in lighting and sound all at the same time was frustrating, challenging and fun.” // Sarah McCardie who plays Norma Niven
“Bringing this story to the screen was rerr – once I’d got my heid around the format.” // Tam Dean Burn who plays Max Mojo
“My initial idea for how this would work has been completely surpassed. The cast have brought amazing talent to the piece. Overall it’s so much more than I hoped for. The creative experience has been really special, and a lot of fun” // Author David F Ross
“To begin with I was still thinking in terms of theatre but I soon realised I needed to bring all my filmmaking experience to bear. It’s become something quite special and I’m very proud of what we’ve been able to do.” // Director Stuart Hepburn
“Colin, Sarah and Tam put in fantastic performances,” says Stephen “it’s been a real pleasure – as well as a lot of hard work.” // Production Designer Stephen Cameron of into creative

★★★★ “a bouncy online version of David F Ross’s comedy caper novel about an Ayrshire band that once had an unexpected number one hit … a welcome addition to the canon of remotely created lockdown offerings” // Thom Dibdin, All Edinburgh Theatre

“this never falls short of delivering … It is a story that depends upon twists and turns and all three actors deliver them with equal measures of aplomb.” // FringeReview (Highly Recommended Show)

“Distilling the essence of his novel into just under 50 mins through a deft turn of phrase, David F Ross has crafted an online gem that makes me realise I need reacquainted with the book.” // Líam Rudden, Edinburgh Evening News 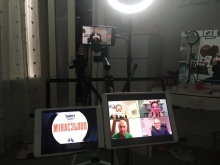 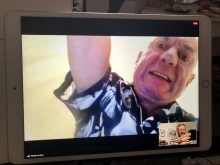 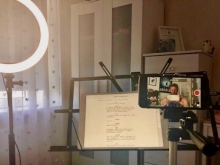 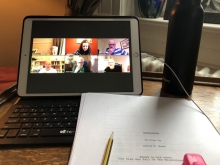 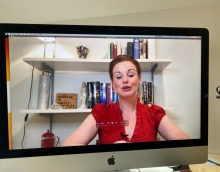 Photos by the Miraculous cast and creative team. 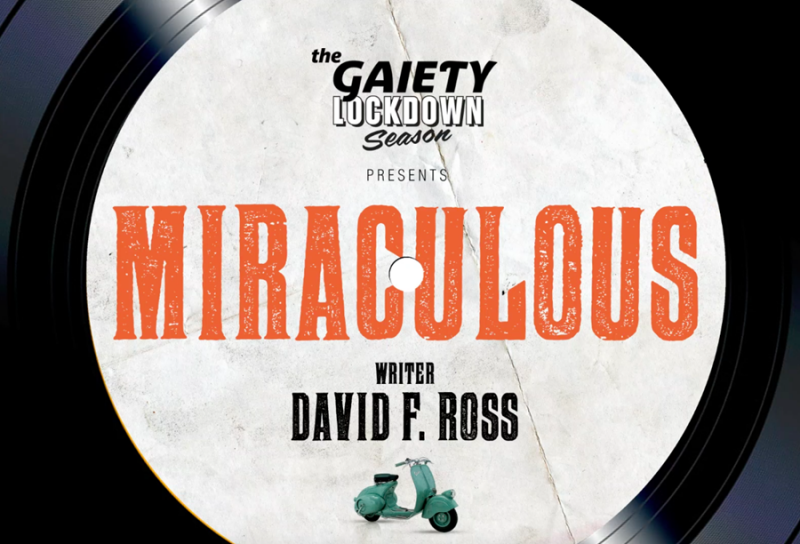