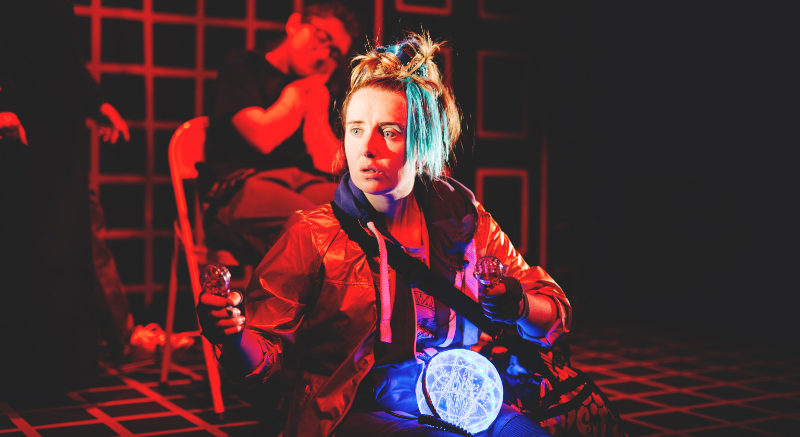 “As a writer, as well as an audience member, I think without Borderline my life and prospects would be so much the poorer. Borderline produces the best of contemporary and consistently popular work. Accessible, thought-provoking and entertaining – never merely populist. And takes seriously the lives, dreams and concerns of its audience as it takes its product on the road and touches parts other companies cannot, or cannot be bothered, reaching.” // Liz Lochhead

Borderline Theatre Company was established in 1974 and has grown into the longest-running touring theatre company in Scotland. Over these 46 years we have presented 132 productions to audiences of over one million people, across all of Scotland’s 32 Local Authorities. We are based at the Gaiety Theatre in Ayr but tour to theatres, village halls and community centres in cities, towns and villages to reach Scotland’s disparate population.

Borderline delivers accessible, entertaining and thoughtful theatre to develop new audiences. We are passionate about enabling people who feel excluded from attending the theatre to experience our exceptional art-form.

Our artistic policy of ‘entertainment with substance‘ consists of two strands:

We tour our productions extensively across Scotland: from rural village halls to The Kings in Edinburgh, from Wick to Wigtown.

“If Borderline did not exist, the Scottish Executive and the Scottish Parliament would be trying to invent a similar company to deliver everything that it delivers.” – John Scott, MSP